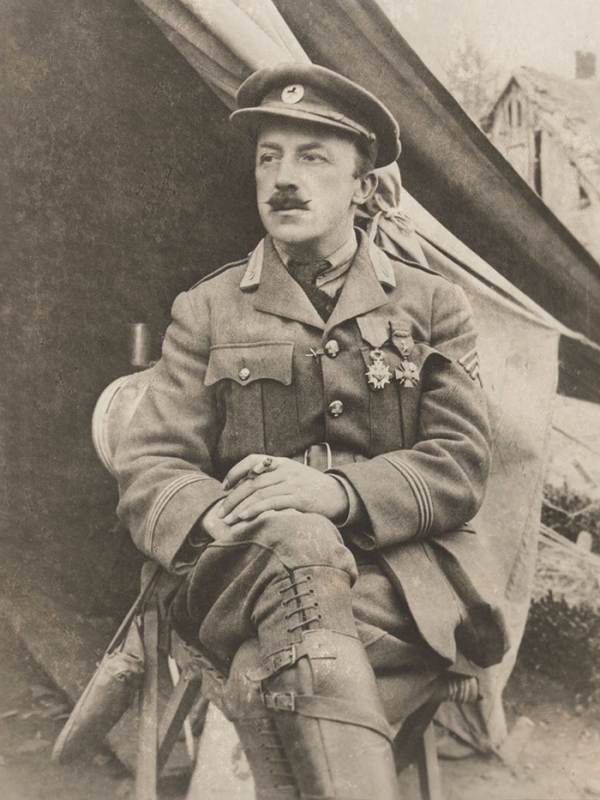 Courtesy of the Harvard University Archives.

He graduated from Harvard in 1892 and studied in Athens, Greece and briefly in Germany, at the University of Munich. From 1899 to 1907 he was director of the American School of Classical Studies (established by the Archeological Institute of America and later merged into the American Academy) in Rome.

A noted archeologist, he was Director of the Archaeological Institute of America and Boston Museum of Fine Arts expedition to excavate the ruins of Cyrene (Libya) in 1910-11.

Richard Norton was the organizer and head of the American Volunteer Motor-Ambulance Corps which served in France from 1914 until it was taken over by the U.S. Army in September 1917. He refused a commission as Major and retired after three years' continuous service.