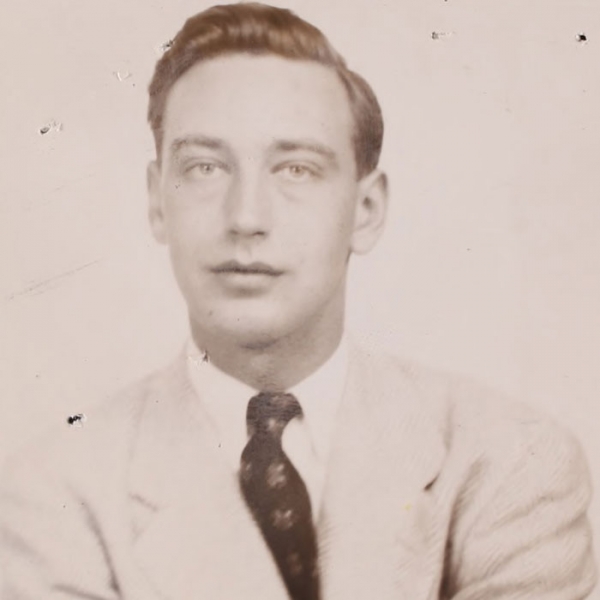 George Rock was raised in Newark, NJ. He graduated from Harvard College in 1941 and studied for a year at the Yale Graduate School of Drama, but left to join AFS as an ambulance driver in 1942.

Rock did free lance editorial work for publishers in New York, for Carnegie Press and a three year work for Collier's Encyclopedia. He left Collier's when asked by Stephen Galatti to write the official history of AFS in WWII. He authored "The History of the American Field Service, 1920-1955", published by AFS in 1956.
He began working for AFS in October of 1954 in the PR area, publishing "Our Little World". He served as Corporate Secretary of the American Field Service Corporation from 1957 until his death in 1962. Norman Eddy conducted his service at AFS HQ on Spril 25, 1962.

The memorial Fountain for George Rock by Richard Frazier was installed in the AFS HQ garden at 313 East 43rd Street in 1964.