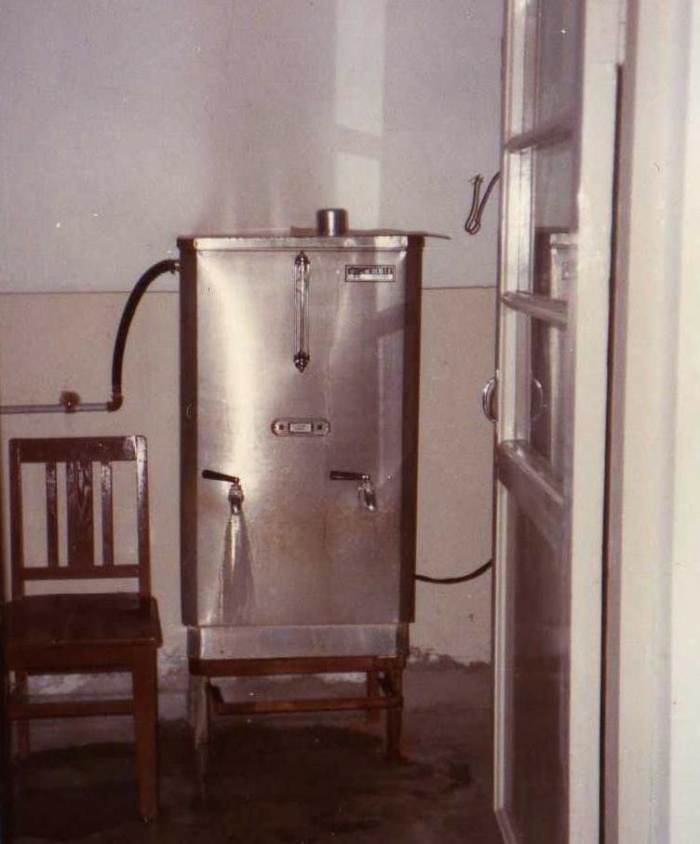 In the 80's, Northern China was bitterly cold in the winter, outdoors as much as indoors, despite central heating. When doing my homework, I wore a pair of tights and two pairs of trousers on top to keep warm. The Chinese advised us to wear many layers rather than just one set of clothes. As the weather got warmer, we peeled off the layers, one by one, to make sure the body gradually adjusted. To fight the harsh winter outdoors, we wore padded jackets or coats and rather looked like Michelin men, the fatter version. Before I left Europe, my mother generously gave me an old cashmere sweater she no longer wore. I was not exactly sure what to make of this until she said "Make sure you wear this next to your skin, trust me..." I blessed my mother for that old blue sweater, in the midst of a Beijing winter. I wore it nearly every single day rather than the thermal underwear bought in England.
One day, I decided to keep my feet warm indoors and ventured into Wang Fu Jing the main shopping area, to buy a pair of slippers. Friends had advised me to go to the Beijing Department Store, considered the best in town. There was not a single foreigner in sight and I instantly became the centre of attention. It suddenly came to mind that I didn't know how to say "slippers" in Chinese so I pointed at a pair of bulky shoes made of felt. Sizing is different in China so I pointed at my feet. The saleswoman came close to my face and screamed "You have blue eyes!" She seemed mesmerised and stared at me for a long while. As embarrassed as I was, I could tell there was no animosity, just curiosity. "Are you American?" she asked as, in those days, most foreigners in China were from the U.S. "I am French and I am here to learn Chinese" I replied in my still hesitant Putonghua. She then beamed with pride and said in one breath "You can speak Chinese, I'll give you a discount then, we are old friends now." There is no other place in the world where speaking the language can be so gratifying.
Besides my mother's old cashmere sweater and newly bought slippers, I kept my body temperature at reasonable levels by drinking cups of hot water but surprisingly seldom tea. This commodity has been associated with China for centuries but, in the mid 80's, production was mostly exported and, for the locals, it was then very expensive. In my dormitory, at the end of the corridor, there was the ubiquitous boiler, which we used to fill our thermos. That hot water was not only precious to keep us warm but also appreciated when our shower broke down, at least once a month. When that happened, we filled in an enamel basin painted with bright fluorescent colours and, with sponge and soap, managed to keep squeaky clean.

More in this category: « The AFS Song Chinese Cuisine »