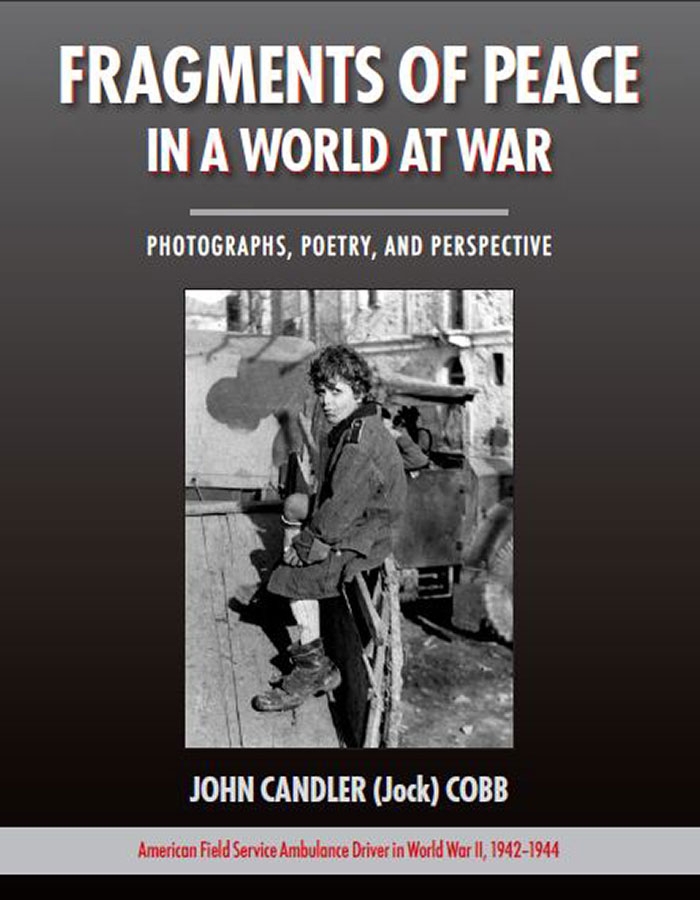 In photographs and poetry, Fragments of Peace in a World at War takes the reader on an emotional journey behind the front lines of World War II in the Middle East, North Africa, and Italy. Jock Cobb registered as a Conscientious Objector during the war and volunteered with the American Field Service Ambulance Corps. A student of famed photographer Laura Gilpin, he converted his ambulance into a field darkroom and returned home with more than a thousand black-and-white negatives that documented his experience on the front lines. After the war, Cobb immersed himself in medical school, family, and his career, while his wartime negatives sat in a box for sixty years. In the past decade, Cobb re-opened the box and the difficult memories that the images evoked. the result is Fragments of Peace in a World at War - a collection of 107 photographs described in poetry and narrative through the voices of Cobb and his longtime friend and fellow ambulance driver, Charles Edwards.