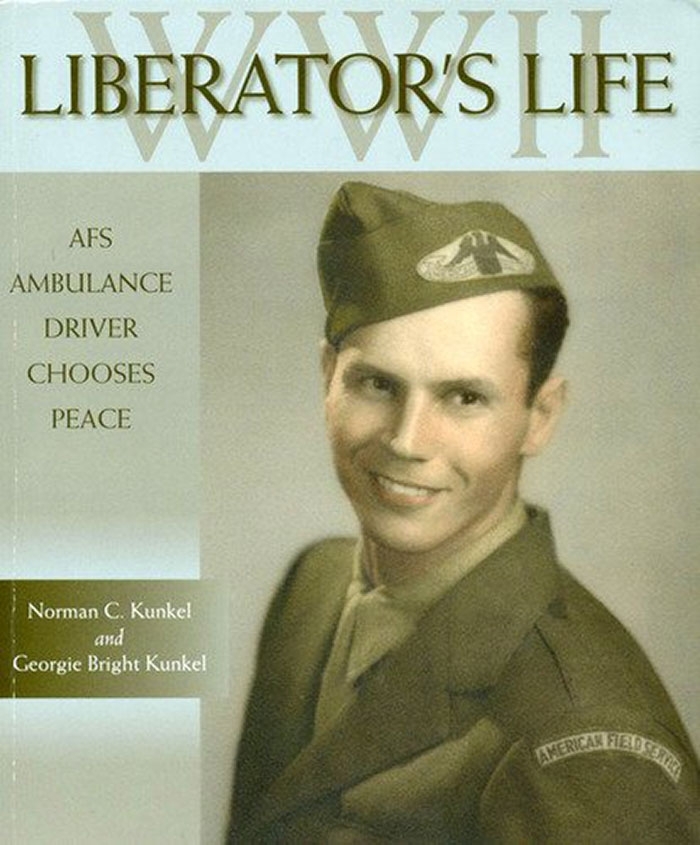 Both Norman and Georgie attended the opening of the National Holocaust Memorial Museum in Washington D.C. and also the last AFS Ambulance Driver reunion in Baltimore. They even appeared on the Oprah Winfrey Show because Georgie won an essay contest lauding Norman for his service during the war. The Kunkels are now Honorary Co-Chairs of AFS Puget Sound that facilitates hosting foreign students and the sending of US students from this country to numerous countries throughout the world. They both believe that peace can be furthered through intercultural experiences resulting in greater understanding of the people all around the world.