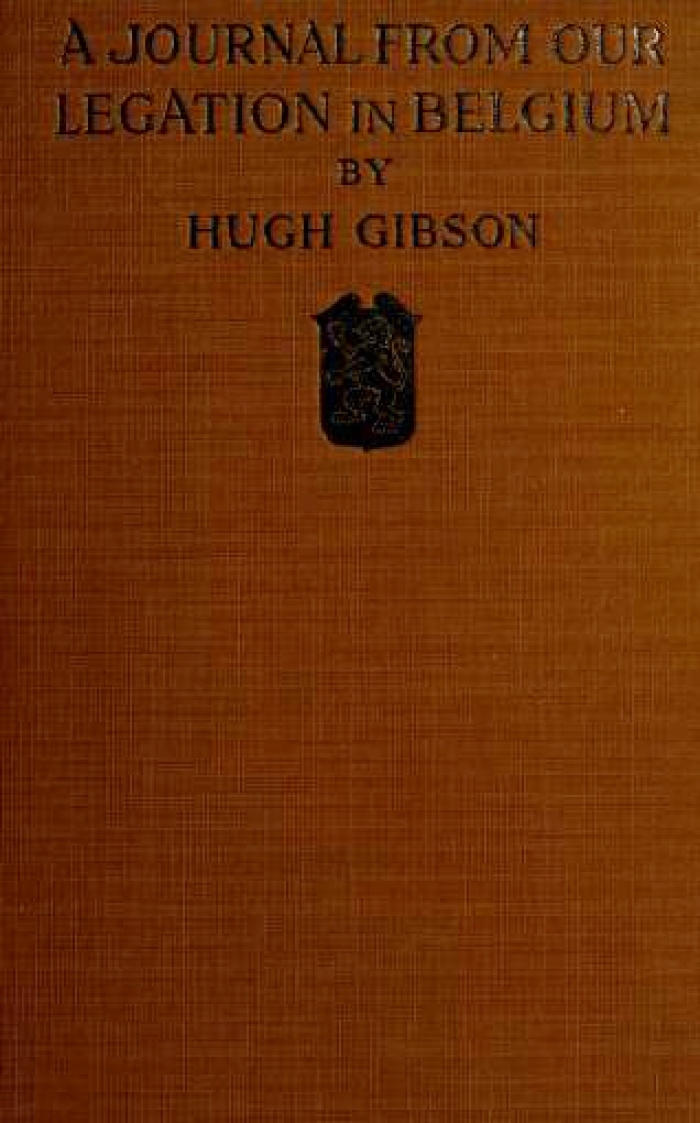 This book is a day-to-day account of life in Belgium during the first few months of the war, August-December 1914.

Gibson was Minister Plenipotentiary to Poland 1919-1924 and to Switzerland 1924-1927. In 1927 he became U.S. Ambassador Extraordinary and Plenipotentiary to Belgium, also accredited to Luxembourg (1927-1933) and, after a tour as U.S. Ambassador to Brazil (1933-1936), he returned to Brussels (1937-1938) before retiring in 1938. He then worked for the Commission for Relief in Belgium (CRB) in London. At the end of his career he lived in Geneva and ran the Intergovernmental Committee for European Migration, later to become the International Organization for Migration (IOM).