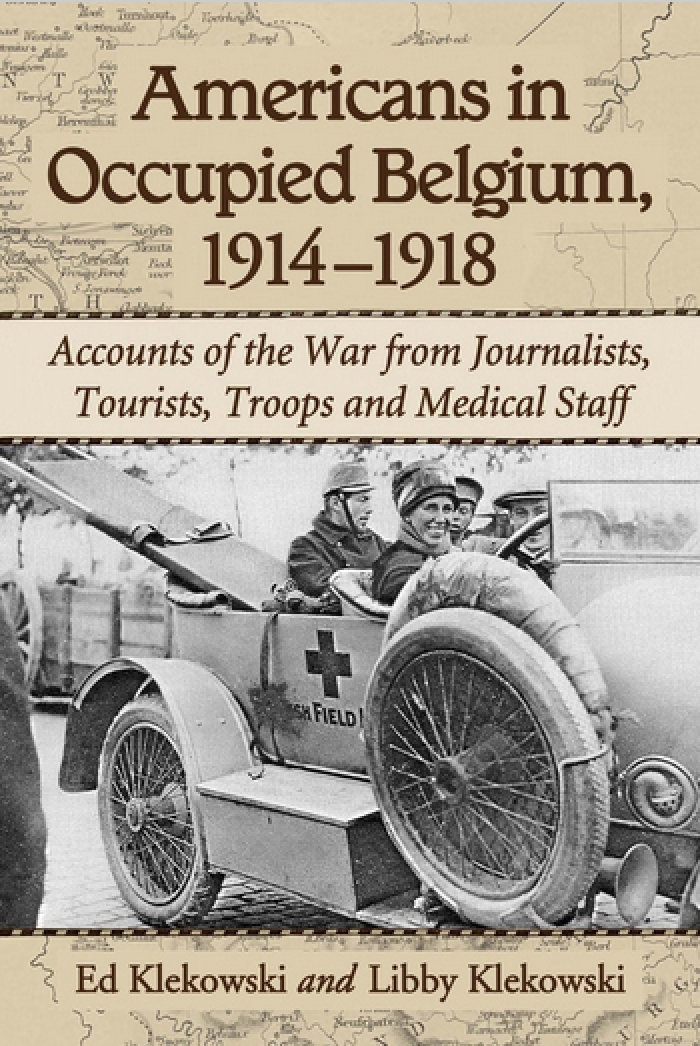 Accounts of the War from Journalists, Tourists, Troops and Medical Staff

Belgium in the First World War--the first country invaded, the longest occupied, and when the war finally ended, the first forgotten. In 1914, Belgium was home to a large American colony which included representatives of American companies, artists, writers and diplomats with the American Legation. After the invasion, American journalists and adventurers flocked there to follow the action; military restrictions on travel were less stringent than in England or France.

As the most industrialized country in Europe, Belgium depended upon trade and food imports to support its economy. The war isolated Belgium and wholesale starvation was imminent by the fall of 1914. Herbert Hoover and his Commission for Relief in Belgium raised funds to purchase and import food to sustain Belgium and, eventually, Occupied France as well. Idealistic American volunteers (including some Rhodes scholars) supervised food distribution in the occupation zone. Along the Western Front in Belgium, hundreds of Americans served (illegally) in the British and Canadian armies. This book tells the story of the German invasion, occupation and retreat from the perspective of Americans who were there.  [Publisher's description]