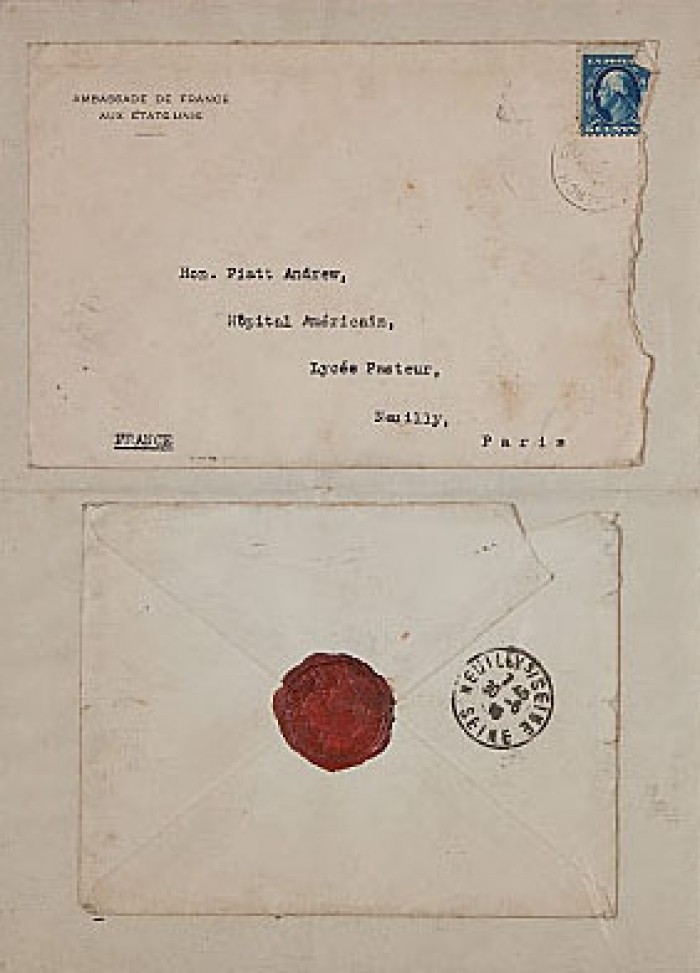 Your charming and most interesting letter arrived yesterday and must have crossed at mid-ocean one which I had written to you and that has gone to the bottom with the last victim of German barbarity, the unfortunate Lusitania.

I expressed in it the great interest and feeling of gratitude with which I had read your note printed in the Boston Herald on April 28th. It was very cheering to read your favourable account of the stubborn defence we are making and, thank heaven, a liitle more than defence now-a-days. I hope that the movement forward will soon be continued. The succession of crimes of the "cultured" people ought to give to all liberal minded men, and much are all our soldiers, a new impulse in their desire to wipe off the face of the earth not their nation, but their system 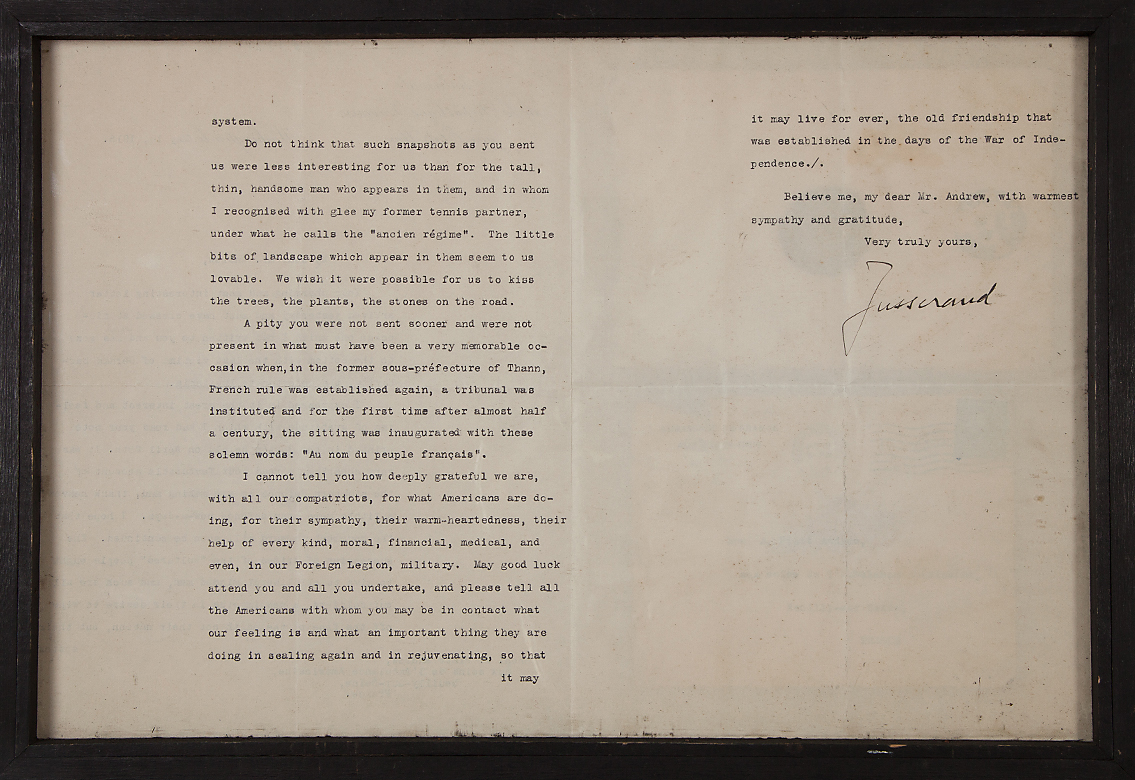 Do not think that such snapshots as you sent us were less interesting for us than for the tall, thin, handsome man who appears in them, and in whom I recognised with glee my former tennis partner, under what he calls the "ancien régime". The little bits of landscape which appear in them seem to us lovable. We wish it were possible for us to kiss the trees, the plants, the stones on the road.

A pity you were not sent sooner and were not present in what must have been a very memorable occasion when, in the former sous-préfecture of Thann, French rule was established again, a tribunal was institued and for the first time after almost half a century, the sitting was inaugurated with these solemn words: "Au nom du peuple français".

I cannot tell you how deeply grateful we are, with all our compatriots, for what Americans are doing, for their sympathy, their warm-heartedness, their help of every kind, moral, financial, medical, and even, in our Foreign Legion, military. May good luck attend you and all you undertake, and please tell all the Americans with whom you may be in contact what our feeling is and what an important thing they are doing in sealing again and in rejuvenating, so that it may live for ever, the old friendship that was established in the days of the War of Independence./.

Believe me, my dear Mr. Andrew, with warmest sympathy and gratitude,