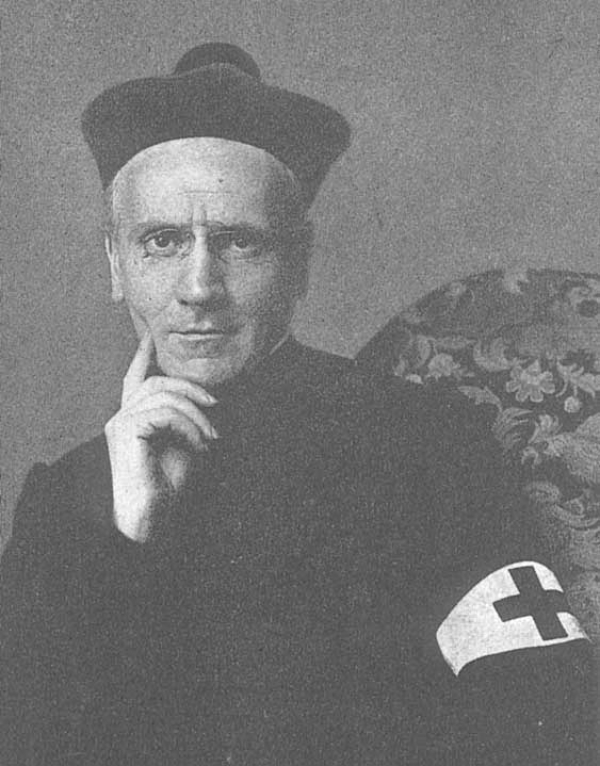 Abbé Félix Klein was born on July 12, 1862 in Château-Chinon, France. He studied at the Seminary Saint Sulpice in Paris, at the Institut catholique and at the Sorbonne. Ordained priest in 1885, he taught philosophy at the College of Saint-Étienne de Meaux (1890-1893) and French Litterature at the Institut catholique (1893-1908).
A great traveller, he had been to the United States and was in contact with American notables of his time. He translated several publications into French.

During World War One he was the army chaplain at the American Ambulance in Neuilly.

Klein died in Gargenville, near Paris, on December 30, 1953. He was made a Knight of the Légion d'Honneur shortly before.