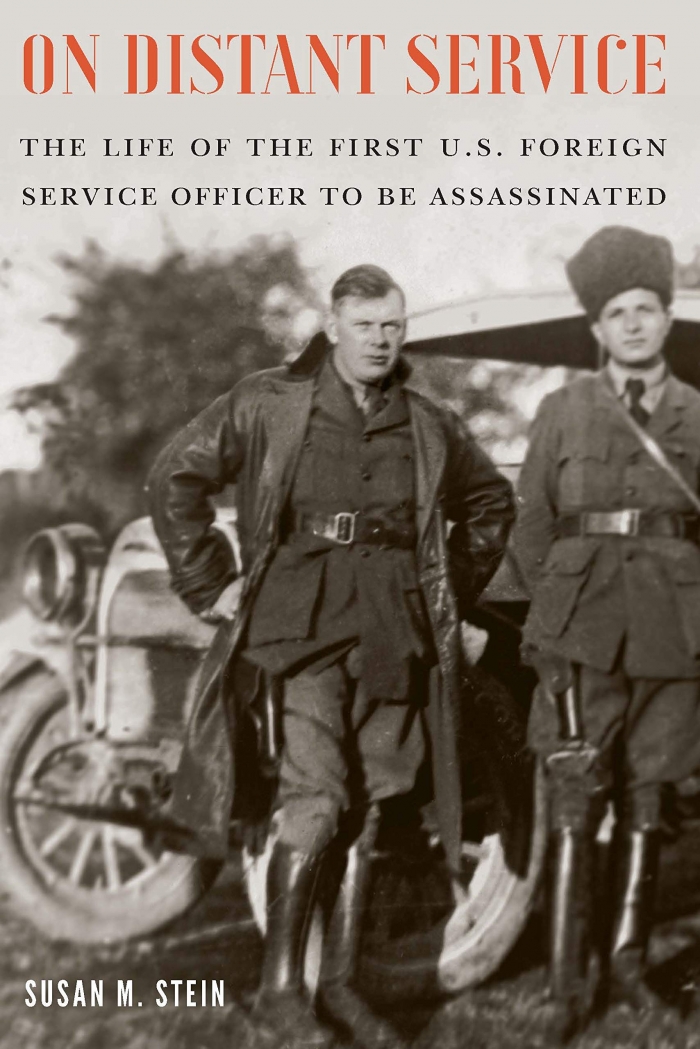 On July 18, 1924, a mob in Tehran killed U.S. foreign service officer Robert Whitney Imbrie. His violent death, the first political murder in the history of the service, outraged the American people. Though Imbrie’s loss briefly made him a cause célèbre, subsequent events quickly obscured his extraordinary life and career.

Susan M. Stein tells the story of a figure steeped in adventure and history. Imbrie rejected a legal career to volunteer as an ambulance driver during World War I and joined the State Department when the United States entered the war. Assigned to Russia, he witnessed the October Revolution, fled ahead of a Bolshevik arrest order, and continued to track communist activity in Turkey even as the country’s war of independence unfolded around him. His fateful assignment to Persia led to his death at age forty-one and set off political repercussions that cloud relations between the United States and Iran to this day.

Drawing on a wealth of untapped materials, On Distant Service returns readers to an era when dash and diplomacy went hand-in-hand.

More in this category: « Mein Jahr in Amerika WAR »