AFS Chinese teacher works with a student in the U.S., 1986 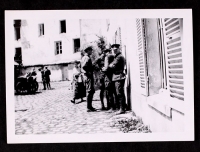 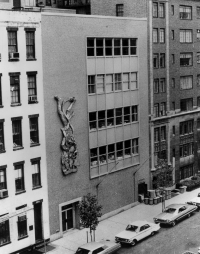 (Left Image) AFS Headquarters on the Move This was the mobile field office of Capt. Fred Hoeing, of the AFS 11 Ambulance Car Company. Note that under the American Flag can be seen a pair of AFS ambulances in the distance. The ambulances were dispersed in pairs at hundred yard intervals to reduce the risk in case of air attack. Fred Hoeing can be seen under the tent that is stretched over his three-ton-truck "Office", or "Bumf Engine" as we called it. Location: Tripolitanian Desert. (Right Image) Far from a Spreading Chestnut Tree The British Army blacksmith shown here is repairing springs for our ambulances. He could fix or make most parts for our ambulances. The springs can be seen laid out on the sand. The machine tools are inside the truck. The entire workshops could be packed up and away inside of an hour. This British Workshops Unit was attached to the AFS throughout the whole campaign and served us very well. Location: Tripolitanian Desert. The above two small prints are actually two of the 60 year-old prints that I developed and printed in the back of my ambulance in the desert at night in 1943. (I had to drape blankets over the windows for blackout.) I sent these very prints back to AFS, New York, with the captions and commentary attached, for use in raising money. After the war, I retrieved a few of them. Note the military censorship stamp and signature. Also note the pockmarks caused by sand on the glossy surface of the prints. The sand got everywhere. 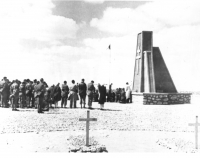 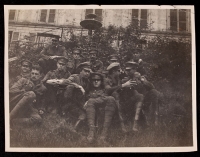 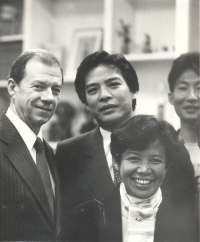 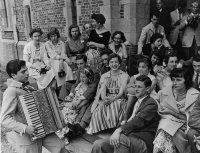